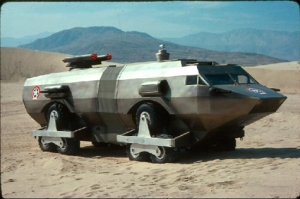 I promised myself to write poems based on dreams. But the one from last night was so fragmented, I’m not sure what to do with it. And my memory of it is weird: am I pulling from different dreams scattered over the last week or did everything happen last night? I pick up my dream somewhere in its second quarter with me in a large, long mobile home. Similar to the one my father owned when I was a kid, only this one was larger and I was the only person in it, I believe. I didn’t explore it. I can’t recall where the dream started me, but I appeared inside and sat behind the wheel and started the motor. The inside of the mobile home was comfy and wood panelled. I was driving downtown in a desolate city I’ve never known, my subconscious Sacramento, my assumed Elsewhere. The squat brick buildings, modest independent storefronts, all looked empty and vandalized. It seemed to be a hesitant dawn as no foot or motor traffic moved except me. I made a servicable right turn onto one street, only to see it blocked with large debris. Picture the aftermath of a superhero battle. Two cars were over-turned like huge beetles mating. Another car midstreet, not parked, just left where it was. Everything dusty and broken. The one way street was scattered with stray bricks and bulky trash. The camper I drove was too big for a U-turn. I presume I drive up onto the sidewalk, then made another turn onto the freeway where traffic buzzed along. Where was I going? Where was I coming from? There had been long, undulating two-lane highways roping through forested mountains. There was a neighborhood of smooth concrete archways and overpasses and dimly lit tree-lined streets. There was a quiet festival where people walked around with streamers hanging from their belts. I saw no rides, no food. There was just me venturing wide eyed from one place– an open mic that was more like group therapy– to another: no focus, just a frantic going, searching. Running… Running out of time, running late. But to where? I felt like a character in a game no one was playing.