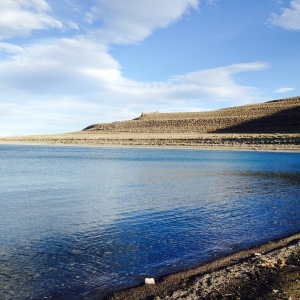 I’ve been to Reno twice over the last 8 days. On that last trip I drove there with my friend, who bowled in a Tournament at the massive Stadium. His mom drove with us to which was doubly good since she cleaned up at the slots, pulling an astonishing $500 out of a penny machine in one sitting. I wasn’t quite that lucky in anything. The machines ate what little money I did have and I couldn’t quite push myself to sit in on blackjack. I didn’t have much money to burn.

After the last of two Tournaments on our final day, my friend drove over to a neighboring casino. The three of us entered. I admired the low, mirrored ceilings, the elaborate staircase leading upstairs. We strolled past the few tables and slot machines over to the cashier where my friend awaited to be paid for his tournament brackets. The counter woman politely told him to wait a couple of minutes. His mother, a sister to me really, nudged me.

Do you remember this place at all?

Well, it makes me think of the casinos in Vegas.

She pointed over to a slot machine in the corner. She said: You sat right there, cussing everybody, calling everybody motherfuckers.

My friend, standing with his arms folded, added: Yeah, that waitress came by and said ‘please watch your language, sir.’ and you said okay and when she left you started up again.

I looked around, remembering nothing. I stared at the slot machine as if I might see a ghost image of myself sitting there, stewing.

I remember what led up to it. That afternoon, after we arrived and while my friend’s mom kept stacking money on her slot machine, I took my first shot of brandy. We soon left the casino for the bowling stadium. While my friend readied himself, I went with his mom to the liquor store. She used her earnings for a bottle of E and J and three bottles of Coke, pouring half the soda out while we sat in the parking garage and refilled the bottles with booze. I sat then watching the teams bowl, slamming the liquid as if I were dehydrated. I remembered complimenting the woman sitting next to us about her hips, I kinda remember leaving. And then I remember us sitting later that night eating and even me successfully going to the bathroom and returning. But the awful things I said to our waitress… visiting the other casino and cussing as if I suffered Tourettes, I didn’t remember at all.

But that I veered towards being An Angry Drunk didn’t surprise me. It saddened me. To think, as his mom jokingly added, that I couldn’t hang… But to also think that I knew why I was so angry. I knew why this part of my personality emerged. That that awful person is who I am beneath whatever facade I try to hide behind 9-5, M-F made me really sad, disappointed. I stood there in the lobby of the casino, the two of them recounting my previous night there, and wished I was a better, more useful friend and person. I told them both as much though they lovingly shrugged it off. They were better to me than I was myself. I can’t bowl, I’m miserable at games, and now I’m a awful drunk. Yet they kept me with them like a relative, allowed me to share their room and relationship and asked nothing from me. Any judgment, criticism is mine alone.

I should mention my frist drive to Reno the weekend before all this, with a different friend. We didn’t bowl or gamble at all, but rather camped and hiked at nearby Pyramid Lake. My other friend is 70 about-to-be 71, yet still kicked my ass in walking veritcal mountains and hills. Driving into the city he pointed out all the mountain ranges surrounding the city that he’d been to the top of. It wasn’t unreasonably hot in the desert– mid 80’s, windy, not scorching, clouds like stray chalk marks. I managed well with a bikers kerchief, a wide-brimmed Chevy’s hat, and every pants pocket holding a bottle of water. The hill he guessed was 700 feet, all dead grass, natural occurring brick and rock. We got to the top in an hour. We nested for a half hour there drinking Tampico orange juice and Cheez Its he carried in his backpack. That night we spent on the beach at the lake. My friend doesn’t fish, but we still had to get into the kinda-cold water. I found a good knife beneath some stones just off shore that was only just starting to flake with rust.

My friend is in AA and has explained how alcohol, how anything is unmanageable in his body. He can only live on coffee, mountains and poetry. I joked how I wanted to experiment with mushrooms which he waved away as unfunny and, out here, a waste of money and consciousness. Drugs are an escape. Out here is where people escape TO not FROM.

We spent the night on the beach. I had no sleeping bag and used a yoga mat, mattress pads, three blankets and a hoodie. The sun set while we watched part of a Ken Burns documentary on a portable DVD he brought with him. I nodded out to a setting sun and narration of a bloody massacre in Kansas in 1856. I snored. The water lapping at different speeds throughout the night two arm lengths away. In the middle of the night I forced myself to wake up to look at the stars, which, with living in the city I never get to see. Soon as I opened my eyes I saw a shooting star. It was like catching God in the act of moving something. I tried making a wish but my mouth could only ask questions. The scaffolding of constellations hung loose and were bright as if they were freshly painted. Jupiter was huge and red and obvious. By morning, I opened my eyes in time to watch the sunrise. My friend lay facedown across from me, in a way that made me wonder if he was dead and if so, what exactly would I do? One of his legs was exposed and his palm was up, fingers loosely closed and uninvolved. He mentioned to me how wonderful it’d be to see the sunrise, but I couldn’t bring myself to wake him. I admired him, as my crazy ADD-addled surrogate father. But between the shooting star and the sunrise, I wished I could share something this perfect and beautiful with someone I loved, someone I could hold and, even if for a foolish moment, claim as my own. But there was only me, my empty heart, the taste of my own lips against my tongue, the delirious colors of the desert and her lake at sunrise or mirroring the solar system at night.

We spent one full day and night at the lake and with her hills. We briefly heard on what radio we could get out there, a Casey Kasem broadcast, who’d just died the week before. I heard his voice and thought, out here, that makes sense.

I came home expecting a mountain of mail and for something to be different, but there was no one who’d missed me, there was no mail and I was the one different. My heart was as open and vast as the land we’d explored. Yet the true undiscovered country remains me myself.