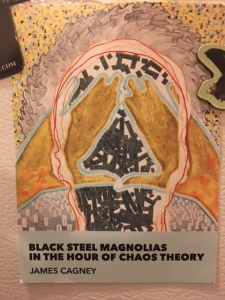 The title occurred to me years ago and for a long time I could do nothing with it. Its not the title of a poem, its a poem itself.

Black Steel In The Hour of Chaos is a Public Enemy song off their second album, It Takes A Millions To Hold Us Back, released in 1989. Its about a conscientious objector on a prison break. It counts as classical music in rap, so foundational that it is the only hip hop track included on a primarily spoken word anthology of poetry, Our Souls Have Grown Deep Like The Rivers. *

(*Yeah, true, also on that collection, The Revolution Will Not Be Televised counts as a classical hip hop and rap record. No argument with me, calm down.)

Actor James Cagney was born in 1899. His breakthrough, The Public Enemy, was his fourth film, released in 1931. The photo below is him from White Heat, another huge film in his career. 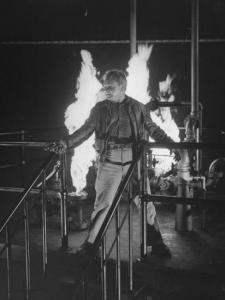 The film Steel Magnolias happened to also be released in 1989. I’ve never seen it, though I know of it. When I read the synopsis of “a young beautician newly arrived in a small Louisiana town,” I thought: Of course. Both my mothers, the one who raised me and the one who birthed me, were both beauticians. My birth mother is from Louisiana.

My father’s family name was Cagney, though his given name was Oscar, a name he hated. A name his stepbrothers found easy ways to make fun of in 1930’s Texas. My father left home a teenager and joined the army. He legally changed his name from Oscar to James, though I was never clear if it was because of the actor or just coincidentally. I also never questioned for years why all his back home relatives called him, O.C. My father enlisted sometime around 1941, if not later, by which time the actor was pretty well known.

Once given to my parents, I was made Jr., after my dad. Why not?

For years, I intended to name the book Identity To Burn. A fine title, named after one of the earliest poems to trigger this book. But it was too on the nose. Too clean and boring.

Years later I wrote a poem called, Blood Strangers which then seemed a more perfect fit for the entire manuscript. I took an early draft to workshop where one of my friends, also adopted, pointed out there was a book on adoption with that title.

That didn’t bother me. My Blood Strangers would be a poetry collection rather than clinical essays ready for the talk show circuit. Plus, the title touches on the theme of the poems. Many of my colleagues would advise that the title for a manuscript should grow directly from the contents of the book, even be lifted from an important poem or line. Because the title should prepare or seat the reader for the experience they’re expected to have. Right? The title becomes both a call to arms and a summary of action.

After a while, the title Blood Strangers began to cool. Its perfect, even as some things are suspicious in their perfection. It felt right, but once my friend mentioned the other book, my commitment began to waver. I was okay with it, but

*
Black Steel Magnolias, to me, are flowers springing wild at the graves of the dead. Flowers of memory that only grow at cemeteries, between tombstones.

I learned there are plants, trees that only grow after wildfires. Called pyrophytic, they include lodgepole pines, eucalyptus, gum trees. In turn, it makes sense that there might be flowers that only bloom for survivors of tragedy, loss. I am that flower.

What remains after a life? Stories. Memory. Being an only child, I miss sharing memory. I can’t prove anything I remember ever really happened. I can’t unthread memories from dreams accumulated over the years. Was that my story or was I told that? How much have I forgotten?

The book’s poems are wild flowers of memory.

Theory is our personal answer. Any of the philosophies we are drawn to in order to help us navigate our lives. Painting. Running. Psychics. Music. Meditation. Religion. Acupuncture. Athletics. Games. Travel. Collections. This worked for me, maybe…

My writer friend and I were on our way to dinner one night. We got to talking about my book project. Have you got a title, he asked.

I stopped, took a breath, and hit it: Black Steel Magnolias In The Hour Of Chaos Theory.

He stopped and laughed, vomiting huge gulping barks into the street. Yeah, that’s it, I thought. That’s the response I want.

Its a long-ass title. Nine words. Its a commitment of breath to say it. And its not obvious after one closes the book. To finish the final poem, no, you wouldn’t immediately conjure the title. Its awkward, its my ego, and it doesn’t telegraph any of the books poems. But any time I questioned it, my heart held fast. I’ve learned to trust my heart and its curious choices.

I kinda want you the reader to see Julia Roberts and Dolly Parton standing amongst the crew of Public Enemy because that’s kinda what my heart looks like. A collage of weird things.

One trip to Tower Records years ago, I bought 2 CD’s. Eric B and Rakim’s Follow The Leader 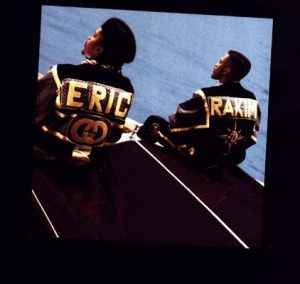 with Barbara Streisand’s The Broadway Album. 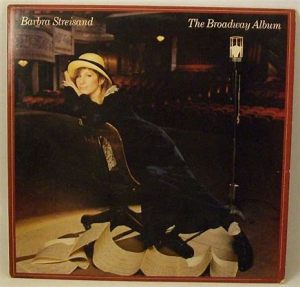 That’s who I am. If you stood on the corner of Durant & Telegraph in the late 80’s proclaiming to be an tarot/astrologer who can read a person’s future based on their music, should you have seen my purchases that day what would you have told me was coming?
*

Man Ray’s Chess Set (1920’s) @ MoMA. I knew Man Ray as a photographer, not a sculptor. This was not only a gorgeous surprise but made me wistful for the “conversations” with my chess teacher and missing those days very much. Nothing lasts forever— except art, right?
%d bloggers like this: