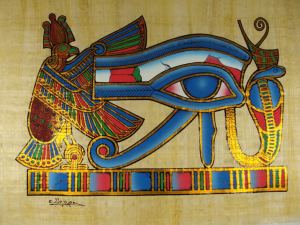 On the way to the hospital, I walk past Mosswood Park and was compelled to visit the amphitheater. Speckled key lights of sun were spilled randomly along the ground. When was the last time I was here: the late 90’s men’s group meeting? I was quite fond of those Sundays when a bunch of male artists got together to talk openly about whatever and one of the first meetings we had was here, along the stone steps. Or was I last here for a video shoot? The small stage held young dancers that afternoon and we’d set up now antiquated video cameras and lights to record it while the producer marched around hugging a clipboard like a flattened teddy bear. Today there was a man stretched out sleeping soundly on the concrete steps, his arms folded, and beneath a baseball cap he snored gently. A woman walked her 10-speed down to the first row and sat on the concrete with a book. On the ground were the ashy remnants of a fire; hunks of blackened wood freckled with bright white papery ash. I just stood to look at the place through memory, then turned and pressed on to the hospital.

I didn’t want to go and yet pushed myself uphill. I chose not to think any names of the people I’d lost to this building or the promise I made to myself how I’d never come back. I took the hill slowly, mournfully despite the day being so lovely and warm. I was here because I’ve known Say 20 years, if not more. He’s been a lifelong sufferer of Sickle Cell. For whomever I’ve lost over the years to death or indifference, his friendship has remained steadfast, even as I’m often not the best friend in the world due to my chronic introversion. But when I talked to him yesterday, he surprised me saying he’d had his hip removed. I found myself half listening while unboxing a new external hard drive as he explained he’d been released from the hospital only to be rushed back when he found his body’s new problems. Between the last time we talked and this, a distance maybe of two weeks, he’d suffered more problems and pain on top of whatever the sickle cell crisis had put him through. I told him I’d be by after work tomorrow and this is why I walked up the hill to the hospital, finding a gate surrounding and securing the main entrance. Its’ been that long, huh?

I walked around the corner then up to the new entrance. The hospital smell leaking out of the doors out onto the now valet-parking controlled driveway. As I walked up, no one was manning the area, and several cars sat quietly. I walked in, approached the desk and waited. No one was in a hurry to speak or help me. One guard patiently finished his call, (the other was talking with a female employee) then called me over. I gave Say’s last name and he gave me a visitor’s sticker and directed me to the new elevator bank. I went up to the 10th floor, down towards Say’s room and found it empty. I stood in the middle of the room. The room felt cold and empty — so desperately empty– even with me in it. The bed was unmade, the sheets like frozen waves of snow. The pillow wasn’t on the bed, but rather on the chair across the room. There was a table swung away from the bed and near the window. His dinner sat sealed and sweating in front of his open laptop, the wallpaper image of an Egyptian eye of Horus. I looked back to the open door and the hallway where no one and nothing moved. Silence. No nurses, no sounds of TV’s in neighboring rooms. The white board on the wall offered scant information made in blue and black markers; Say’s name, a short list of goals, his projected release date, which when I looked at my phone appeared to be the next day. The television was black. Outside, the city was only light adjusting for the evening while a vein of cars ran along the freeway. I stood uncertain of what to do. Time stopped and I felt at a loss and weird. I took out my pocket notebook, tore out a page and wrote a note. It seemed important I end the note with I Love You, which I did, even as I feel myself a bad friend having never done quite enough. What could I do? I tore it out and first lay it on the top sheet of the bed, balanced between two waves of bedding. I looked around again half expecting the entire building’s lights to click off. I picked up the note, then wriggled it into the keyboard of his laptop. His dinner sat sweating beneath a plastic bowl cover. Everything seemed to wait, yet nothing was happening nor seemed about to happen. I looked up at the clock again, sucked gently on my lips, then walked out.

Closed doors down the hallway towards the left. A long hallway with some opened doors on my right. I walked back to the elevator. I pulled off my visitor’s sticker as if it might sting, rolled it like a joint and plopped it in the trash. Twenty feet down from the elevator bank, a heavyset young man sat across from a patient. That man very well could have been me. The patient he looked over at without speaking, unseen by me, was my mother. However many years its been, I’ve never left.