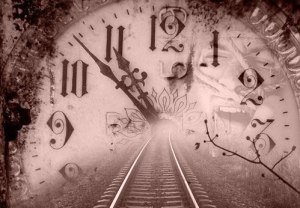 At the last minute, she sent me a text cancelling her previously offered ride to the gallery. But I was still able to get a timely bus and train to Berkeley. Too timely, in fact. I arrived exactly on time and didn’t want to be exactly on time. These readings NEVER start on time. And after spending the last month and a half watching email upon email pile up from the other readers organizing, drafting flyers, and so on, and knowing there was an open mic, there was no part of me that expected the reading to start at exactly 5:15. I took my time walking to the gallery from the train station and passed two venues where I’d spent many years developing my voice. La Pena and its neighbor The Starry Plough, maybe I hadn’t quite burned 10,000 hours between those two spaces, but its been close. I looked upon the buildings as if they were places I once lived. And as I walked past, both were alive and noisy. Undetermined Cultural Drumming thundered out of La Pena while a rock band slashed through a guitar riff at the Plough. I stopped at the corner to check on a missed call, (which was NOT the person who cancelled on me earlier) while a man walking two black Labrador retrievers approached. As he turned the corner, one of the dogs stopped as if I’d called her. I petted her gently and said, Its an honor to meet you.

She’s very friendly, the man said and gave me her name which slipped past my ear.

The other dog looked over at us, more impatient than jealous. He couldn’t understand why they’d stopped walking.

The man politely pulled the dog away. My missed call left no message and didn’t pick up when I rang back, so I walked on. I took the long way, an extra block, and perhaps because of the Standard time change, time seemed to slow to a crawl. I went to the gallery like a kid walking to the principals office.

Ten minutes late and of course the reading started on time.

The gallery has a long hallway lined with inexpensive overstock books, extra copies of random things from the university press. I entered quietly, well behind and to the right of the podium and the reader at the open mic, a woman doing a beautiful story involving her father and the ocean. Do not turn your back on the ocean, she said.

The gallery is a nice and large room ringed with paintings. There are five rows of folding chairs and at least one rack of padded theater seats. I saw my friend Steve in the back row and he waved me towards him. When he realized I came in alone, I saw and he touched my shoulder– I’ll give you a ride home — and I buckled down to listen.

Twenty people? Very attentive and astute. Considering all the activity in the neighborhood and it being a Sunday night, it was a good crowd. A man having stepped out of the 60’s in a long white beard and matching hair– a kind of hippie dandelion in a cowboy hat and well warn jeans suit– did a couple of beautiful and deeply funny poems. He read accompanied by a dude on a violin and a young woman who read the female part of a poem/dialogue he’d written.

The people on the open mic had to deal with the host, a man of articulate cruelty who, despite his easy smile, I do not wholly trust. After one person from the open mic read, he ran to the podium and said: I want to defer all our time to the features. If you ask Can I Read Another Poem, the answer is No. Read one poem, soak in your applause and get off. Be happy with that. Our next reader…

And that next reader, a woman whom I knew through my ex-girlfriend and who came because of the facebook announcement, got up and timidly read one poem– which was superb. I felt sorry that the host, whose name I know but in my mind is called Dracula, had said anything to intimidate her whether she wanted to share more or not.

I was one of four readers. The first read three monologues from a one woman show she’d been writing. She was a Spanish attorney who shared stories of having a ethnic name in the presence of dismissive White Collegues and another on finding a department store in Denmark that bore her name.

I read next. I’d been prepping and thinking about the reading all day, even while mopping the kitchen. When I went up to the podium, Dracula followed and circled behind me and whispered something — a Why Don’t You Do This statement– and instead of given him the response waiting in my heart, I said nothing and waited for him to sit back down. The reading went well and we took a break right after since there was no break after the open mic. People were very kind. I was politely cornered by a dude who reminded me of a reading series in San Francisco from 10 years ago, by my friend Steve and the aforementioned friend of my ex-girlfriend.

The final two readers impressed Steve and myself both. The first because her story took place at Burning Man which he attends every year. The last just because she was a superb wordsmith and wrote of places and things Steve knew well.

At night’s end, I ran after Steve who’d parked out front. He tossed a jacket into the backseat and collected the nest of reporter’s notebooks and cards and pens off the passenger seat then motioned for me to sit down.

We sat quietly at first. I halted my ego’s impulse to chat or be validated, process the night, or anything else.

He tossed his steering wheel lock onto the dashboard. He said: You know if you lose the key to this thing, AAA will not come out and help you? They consider breaking this thing Copyright infringement.

Then he said: You need to listen to this. He clicked on the cd.

At first, the car filled with a hissing like a gentle tickling of a cymbal. And on this hiss, a woman’s voice floated in the car like a ghost.

I want you to try and guess how old this recording is, he said.

The hiss was no instrument, it was the noise floor from an original mono recording. Her voice was otherworldly.

1907, he said. When this was recorded China was under rule by an Emperess. And World War One was several years away. One! He underscored. The first one!

I can barely imagine that, I said.

I tried imagining anyway what families thrived, what architecture existed, when this recording was made only to be wiped from the face of the earth in less than a generation.

I’m not sure if its the recording or her that keeps slipping out of key. He said.

Once that song ended, another began, this from a male vocalist. He sang in Italian, his voice muscular and pure. Operatic.

This was entertainment only for the entitled, Steve said. Only the very wealthy in the world had access to this music. Emperors, kings.

I listened to the man singing, and imagined a man in a tuxedo standing next to a piano. In my mind the man is all belly and voice. I said to Steve: He’s like fine wine or $500 cheese.

We stopped in front of my building. I wanted if but briefly to talk and asked him about his own reading from the night before. He barely wanted to talk about it and ran his hand down his face as if it were a mask he wanted to remove.

It was awful. He said and frowned.

His woman-friend wanted to read a poem in dedication to a regular member of that series who’d just passed away. At that open mic, the host was very short with her and demanded she not take so much time. It didn’t matter if it was in memorandum to anyone. The host chased her off the mic and it caused an argument and prickly feelings Steve was in no mind to recreate. He grimaced at even the memory.

It was very disappointing, he said. I hate being in the middle of arguments and disagreements and things like that. And there’s certainly no reason for it at a poetry event, you know.