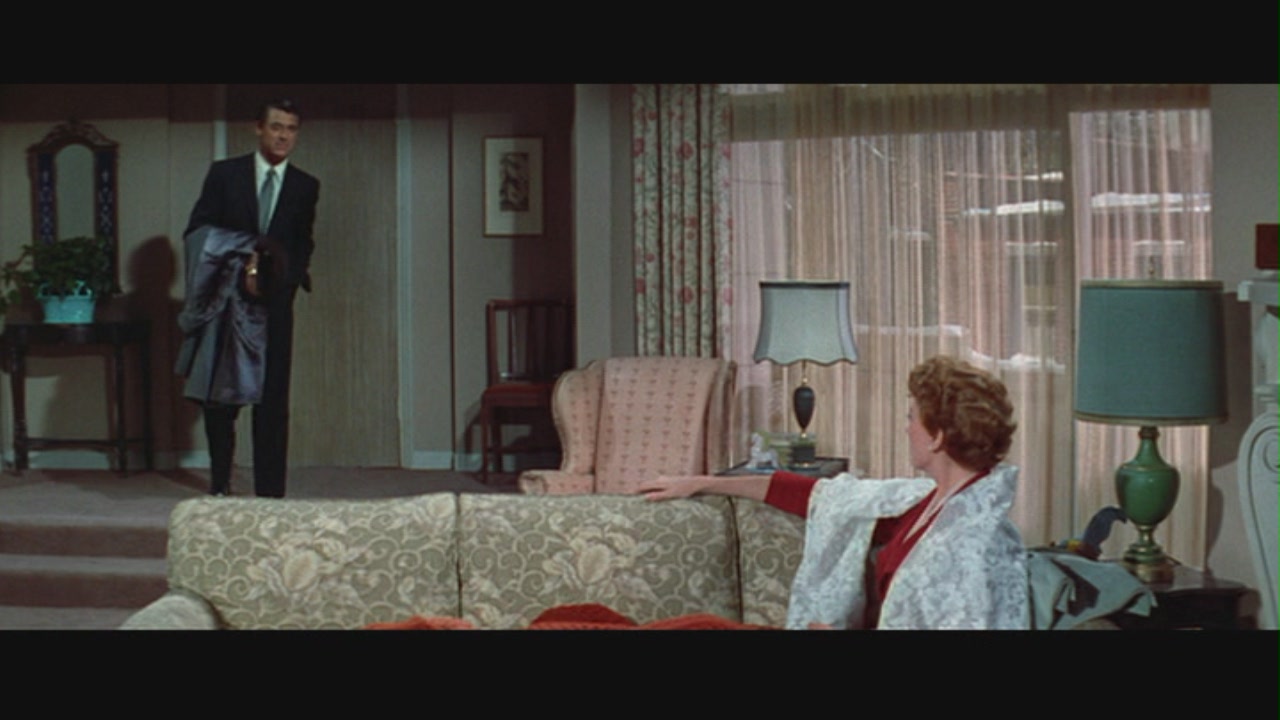 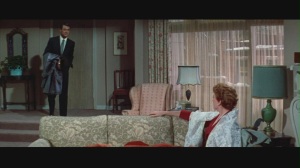 There were several strikes against this poetry event having any audience at all.  The first was it being scheduled on a Saturday afternoon at 3, when other even main event readings I’ve attended don’t begin filling up until after sundown, irrespective of the day of the week.  Second: beyond being asked by the events organizer a week prior, I saw no advertisements or announcements.  Third: they were asking $15 per ticket.  Fourth: it turned out to be the first warm spring day of the year.  Who exactly wants to be indoors listening to poetry on a Saturday afternoon?  Besides me, I guess.

Since these readings never start on time, I killed time in a new bookstore across the street, empty of any life, including the behind the counter staff who could barely keep their eyes open.  When I made it to the venue, I was incredibly surprised.

There were about 20 or 30 people, mostly middle aged women, already seated in the arc of folding chairs along the right side of the room.  The stage was just the carpeted floor crowned with four large speakers on risers, and five abstract paintings aligned on the wall.  There was a vinyl poster advertising related events on its own stand on the floor. A comically large orange wingback chair on stage and a mic.  I immediately recognized the woman I’d been talking with over the phone who came over to me, “we’ve been waiting on you,” grabbed my wrist and led me deeper into the far side of the room where a jewelry case was open, across from  three folding tables aligned with an assortment of food, sandwiches and cake and a cooler of juice and water.

I was introduced to one young woman poet, then another.  I knew the third woman and fell immediately into her arms, having not seen her for years.  While still embracing and admiring one another– her seemingly a foot taller and more muscular than I– I heard my name screeched, turned and saw the only woman I will name here, Nedra.

Nedra’s gravitational pull drew me away from the other woman mid-sentence, where she held me and surprisingly kept saying the words, My Baby, as I lay in her arms.  She reminded me of every aunt I’ve known and loved, with long curly hair waterfalling her shoulders.  A oceanic blue dress hung over her bubbling frame like a choir’s robe.  She propped herself on a single crutch which clattered to the ground as she turned and recognized me.  I immediately picked it up and faced her.  I made sure to introduce both women, even though they knew one another.  I’ve known the first, taller woman from poetry events since the mid 90’s.  Nedra and I though, went to high school together.

I distinctly remember her, though we never spent any time together as friends.  I remember, if you want my honesty, her looking at me from the height of an insurmountable crush.  A crush I could never awaken for and return.  We had no classes together and neither am I sure we were in the same grade.  We would pass one another in the hall and could recognize each other.  She was not someone who caught my attention. But until now, had we ever really had a conversation?  Her words surprised and comforted me and I emerged from the embrace and she swept over 30 years in a breath, moving to New Orleans for a while then back here to California where she’d gotten married (she but briefly pointed to the side of the room where her husband sat).  My own 30 years I kept silent about.  Its too much, too much to exchange in passing as one would business cards.

The show started quickly.  I’d say, before 3:15 everyone was asked to take their seats and they did and we started.  The show was hosted by Percy Mae of whom a couple of things need to be said.  First: she was introduced to me slightly bent over a walking stick.  Her hair was short and cloud silver.  She wore a blue housedress and simple house-boots, these soft, cottony black moccasins.  A modernized, remixed Moms Mabley, the huge orange chair was for her.  She would host the show and introduce performers, spit jokes and keep the audience engaged between acts.  A superb hostess really.  But she couldn’t be real.  To look in her face, however black cracks or not, to see how she’s dressed amidst these other wopmen dressed as if for church, Percy Mae is someone in performance.  That performance is extraordinary with her never breaking character, nor revealing even a crumb of artifice. Only if she’d snatched off her wig and revealed a cancerously ravaged scalp would I even begin to wonder if she was real.  Even then I’d compliment her genius for taking it that far, cutting her own hair down for ‘effect’.  Her performance, hands down — real or not– was the greatest of the night.

Otherwise, the afternoon was poetry as theater; taking the words and imagery of poetry and performing it, staging it, like mini-one act plays.  I was continually asked if I had music-cues, which confused me.  I just wanted to be heard.  The first young woman recited strong, confident poems about woman-hood and pride.  The second performer was also a playwright.  She was fun, using several instrumentals on cd and dancing in chorus with herself.  Using a gold butterfly cape with an immense wingspan.  Her poems stood from a confident place of femininity and were in character as a woman in the club flirting and being flirted with.

I was introduced as the evenings hunk– Percy’s words, not mine.  I was the only male poet. I read three poems to an attentive room of primarily women and the poems felt good to do and were received well. The woman organizer who closed the event’s poetry section, used props as well as music. Bringing out a couple of towels (one for Percy Mae) and shower caps and doing a poem about being a bathroom superstar.

There was a break for food and most of the people stood and lined up at the tables across from me. I didn’t eat and didn’t get in line. But Nedra came over to me, said I should get some bread pudding since she made all the deserts. I didn’t move; I wasn’t hungry or felt like snacking. But I looked up and Nedra brought me a bowl of banana pudding with a blue plastic knife in it, no more forks. How long has it been since a woman brought me… Anything. I took the bowl and added to it, slicing a chunk of cake she’d also made while she watched me, then sat down and ate as she made her way back across the room to her seat and the second half of the show started.

An older man put down his walking cane and expertly covered The Four Tops and the Temptations to a CD of instrumentals. A young girl, a teenager, rapped some original pieces while her mom circled around her as paparazzi and filmed her set. Both were superb. Another young woman, mostly huge Diana Ross hair and a matchstick body sang gospel. Also wonderful.

And I began to feel antsy, wanting to leave. I enjoyed the music even as my heart compelled me to escape, to return to my nothing at home. From where I sat in the room, I’d have to cross between performers and audience. I’d have to await courage and the right moment. I wanted to say goodbye and be polite since everyone was nice and loving to me. But more than that I felt nervous and anxious. I don’t know why. The Event Organizer cleaned up the food area, stuffing the garbage can. I watched as Nedra stacked three desert containers and carry them across the gallery then hand them to her husband who turned and walked outside with them. The Event Organizer wiped down the food table and as she crossed the room returning to her seat near the sound system, I followed her, letting her lead me to the exit.

The gospel singer with the hair began to sing a Janet Jackson song, Let’s Wait Awhile. Nedra turned her head away from me. Curly hair fell before her face in a veil. I spun on my heels and went outside.

Unlike the hundreds of times I’ve ghosted a poetry reading or event, this was the only time I was ever followed out.

I made it half a block before my name rose behind me. I turned and in the middle of the sidewalk, in flowing blue fabric, stood Nedra. Obediantly, I lowered my head and fast strolled back to her, hearing my name a second time. Not from Nedra, but from another woman standing across from her leaned against a parked car– who helped her shout my name down the street, and who smiled and nodded and ‘uh-huhed’ as I came back.

We stood and hugged and promised to keep in touch. Her mascara matching her dress, but unable to hide everything beneath the surface of her expression. I asked her to friend me on Facebook, wanting her to write me, to exchange stories over the last 20 years. She looked at me with what I could only describe as tenderness and said she enjoyed my poetry. To say: my last sight of her had to’ve been in 1986, a couple of lifetimes away from both of us. Between us was a gigantic What If. Did the woman standing beside the car see it? All the decisions neither of us ever made. Could I have used her friendship when my mother died, when my identity was shattering? Could she have used mine? She was a strange alternative life I never got to know. The babies, the memories, the friendship that never happened and we never knew spun around us in the wind, all empty and lifeless like ashes or leaves. She said she’ll be in touch. She’s always throwing parties or bbq’s, she said. And I never attend any, as I’m always alone, as I was the rest of that night and weekend. I couldn’t imagine travelling all the way out to where she said she lived, attending one of her gatherings, dateless and car-less, pretending to be normal and sociable. She promised she would look me up. I told her I’d appreciate that and how it was good to see her in person. After all these years. I touched her arm, exchanged a few words like you’d take specific coins from someone’s palm, turned and walked off into the sunset.